“Who his own self bare our sins in his own body on the tree, that we, being dead to sins, should live unto righteousness: by whose stripes ye were healed.” (1 Pet. 2:4)

“That if thou shalt confess with thy mouth the Lord Jesus and believe in thine heart that God hath raised him from the dead, thou shalt be saved. For with the heart man believeth unto righteousness and with the mouth confession is made unto salvation.” (Rom. 10:9-10)

Adam disobeyed God and became a sinner. Everyone that has ever lived in the world came from Adam and therefore, became sinners. The penalty of sin is death, or eternal separation from God. As God saw man in his sinful state and saw man condemned, He felt much compassion for mankind. Because of this great love for mankind, he sent His only begotten Son, the Lord Jesus, to die and pay the penalty of all the sin of the whole human race. Christ was willing to come to this earth from heaven. Satan tempted Him to sin, just as Satan tempts all of us to sin. But not once did the Lord Jesus sin, because He was God! He was perfect! He had no sin, or sin nature, of His own. And yet, He was willing to die for all of us who were sinners: and became our Saviour. That is why we see Him suffering so at the cross of Calvary. His body was suffering because of the things that man had done to Him; but the most terrible suffering He had was because of all the sins of us all being put upon Him. He died, but He rose again from the grave. Thus He conquered not only physical death, but He conquered the eternal death, the separation from God.

Man really has no part in working out salvation. There is nothing we can do to make salvation and forgiveness possible. We just must believe and accept what He has done to make salvation possible. Accept Christ, and He becomes your Saviour. He died for the sins of the whole world, and yet not everyone is saved. Why? Because they have not accepted this free gift which cost the Lord so much. His part was a wonderful great thing, but our part is only to accept what He did for us. “Believe on the Lord Jesus Christ and thou shalt be saved.” 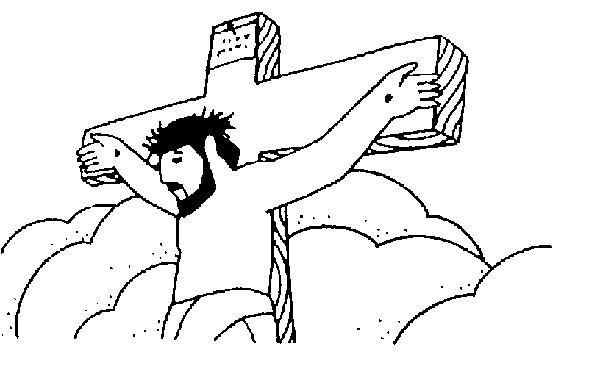 “For when we were yet without strength, in due time Christ died for the ungodly. For scarcely for a righteous man will one die: yet peradventure for a good man some would even dare to die. But God commendeth His love toward us, in that, while we were yet sinners, Christ died for us.” (Romans 5:6-8)