The final decision as to what would be done with Jesus lay with Pilate, the Roman official in charge of Jerusalem.

Only the officer could issue the death penalty; that is why the Jews took Jesus before Pilate instead of going ahead with crucifying Him themselves. They didn’t want to get in trouble with the Roman government, and perhaps they wanted someone else to take the blame. 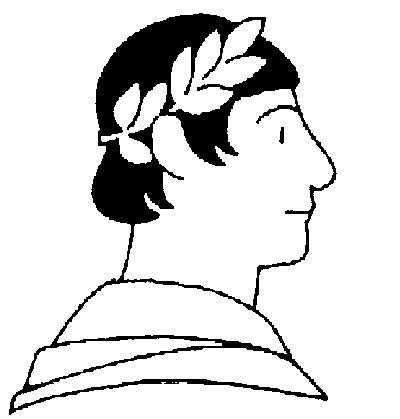 Pilate could not find a thing wrong with Jesus and he couldn’t help admiring the way Jesus reacted to the insults of the mob. After questioning Jesus, Pilate was more sure of His innocence. Finally he thought of a way out; he would free Jesus since it was customary for one person to be freed during the Passover season. But the mob did not want Jesus freed; instead they chose another by the name of Barabbas. This man, Barabbas, was a very bad criminal; but the Jews wanted him released instead of Jesus! The crowds accused Pilate of wanting to let a traitor live—a traitor to the Roman government. This is when Pilate turned Jesus over to the mob to be crucified. However, before he released Jesus, Pilate said that he found no fault in Him at all.

Yes, boys and girls, the Lord Jesus Christ died for Pilate and He died for you and for me. But remember, each individual has to accept Him as their own personal Saviour. He died for all, but not all will receive Him. We must believe with our hearts—this is accepting Him. He did His part for everyone to have salvation, but all will not have salvation because they will not believe and accept Him into their hearts.

Then after we have Him as Saviour, we should take our stand with Him and His Word of Truth. I wonder how many times even saved people might be like Pilate and refuse to take their stand with the Lord because they fear what others might say or think or do? I wonder how many times we, through trials, would deny the Lord as Peter did? It would be possible to deny the Lord just by our actions, if not by word. May we search our hearts to be sure we have the Lord as our Saviour, and then be sure we are not forsaking the Lord or denying Him and His Word. May we surrender our whole life to Him.

“I can do all things through Christ which strengtheneth me.” (Philippians 4:13)

“Pilate saith unto them, What shall I do then with Jesus which is called Christ? They all say unto him, Let him be crucified. And the governor said, Why, what evil hath he done? But they cried out the more, saying, Let him be crucified. When Pilate saw that he could prevail nothing, but that rather a tumult was made, he took water, and washed his hands before the multitude, saying, I am innocent of the blood of this just person: see ye to it. Then answered all the people, and said, His blood be on us, and on our children.” (Matthew 27:22-25)