Salvation Sent to the Gentiles

The Lord said that Paul was a chosen vessel to be used for the glory of the Lord. He also gave Paul a commission. That is, the Lord told Paul just what he was to do in the ministry. Paul was to go to the Jews, the Gentiles, and kings. In this lesson we will see some Scriptures that show us that Paul fulfilled this command from the Lord.

In this 13th chapter of Acts, we find that Paul was called of the Holy Spirit to minister to the Jews. In verse 14, we see that Paul went to Antioch. Starting in verse 14, and going through verse 41, is the recording of Paul’s message to the people. When the Jews refused to listen and believe, Paul turned to the Gentiles. We read in verse 46,

“Then Paul and Barnabas waxed bold, and said, It was necessary that the word of God should first have been spoken to you; but seeing ye put it from you, and judge yourselves unworthy of everlasting life, lo, we turn to the Gentiles.”

The Jews in this area had the opportunity to believe but refused to do so, so Paul turned and preached to the Gentiles. Many Gentiles believed and were saved.

Paul continued to go the “Jews first” (Rom. 1:16); when they would not believe, he would turn to the Gentiles. In the 18th chapter of Acts, we find that Paul came to Corinth. There he lived for a time, and every sabbath he would preach in the synagogues. This was the Jews’ place of worship. The main message Paul wanted the Jews to see was that this Jesus they had crucified was the Christ. This angered the Jews. If they believed and accepted Jesus as Saviour, it would mean that they would have to admit they crucified the Saviour! In verse 6, we read,

“And when they opposed themselves, and blasphemed, he shook his raiment, and said unto them, Your blood be upon your own heads: I am clean: from henceforth I will go unto the Gentiles.”

The Jews, as a nation, rejected the Lord, although some individual Jews did believe. Paul spent more time in this area giving out the Word, and many Gentiles believed. 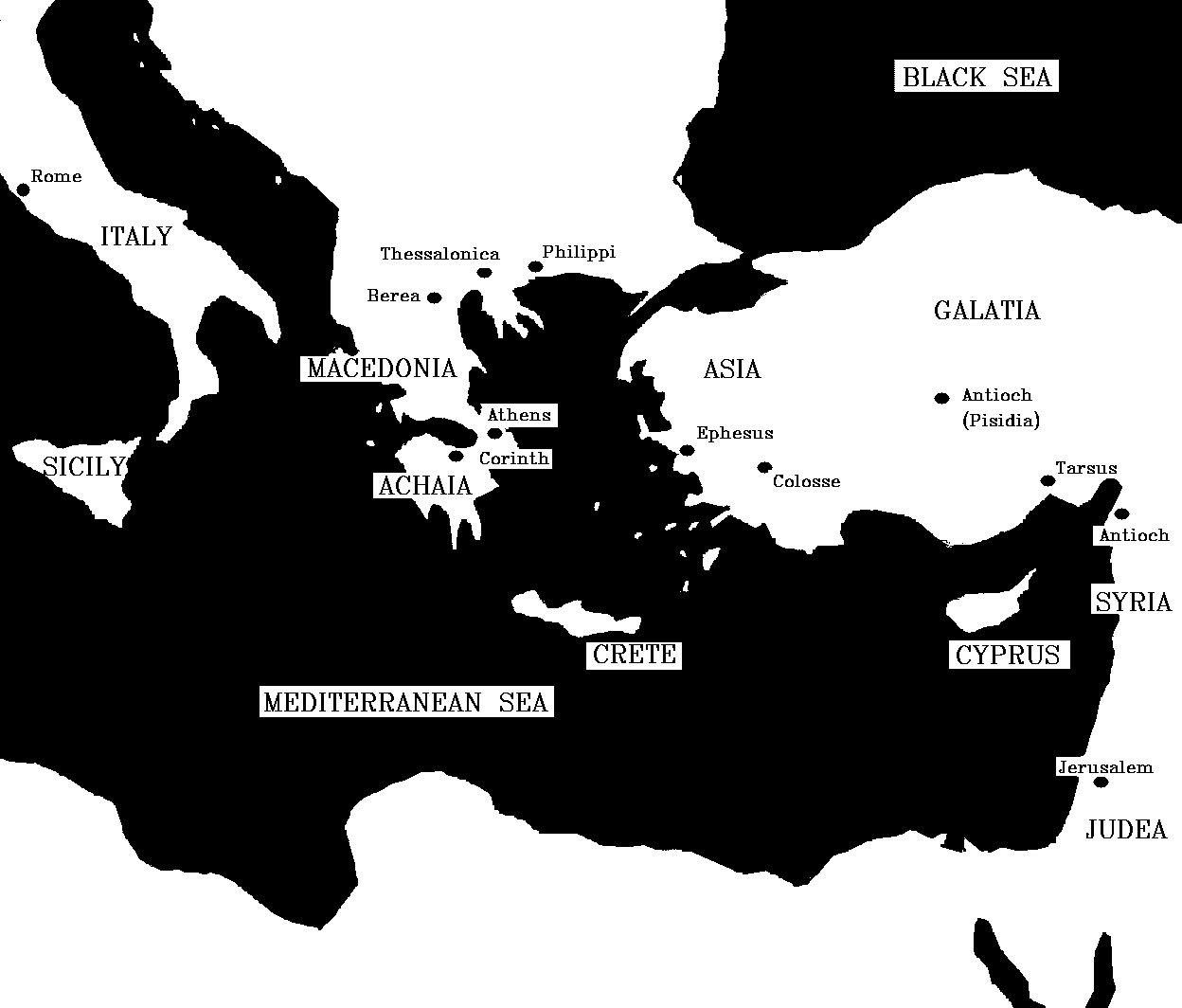 In this chapter we see that Paul went to Rome. Here again Paul wanted to preach to the Jews. At this time, he was a prisoner; however, he was allowed some freedom. He called some of the chief Jews together to ask to speak to them and the Jewish people. A day was set and many came to hear Paul. However, though some believed him, many didn’t, and there was a disagreement among the Jews. When they would not believe, Paul told them in verse 28,

“Be it known therefore unto you, that the salvation of God is sent unto the Gentiles, and that they will hear it.”

Paul was faithful to the Lord, and went from place to place giving the Word to the Jews, but they refused to believe it. So, God had him turn to the Gentiles. Many Gentiles believed, but as is true today, many did not.

Today, we still have many who will not believe. Salvation comes only through the Lord Jesus Christ. Unless a person believes that Jesus was the Son of God, that He died on the cross for their sins, and that He arose and ascended into heaven, they cannot be saved. Do you really believe in your heart?